Meet Jake. A young programmer working at Technopoly, his team is close to releasing the world’s first AI video game, which is set to generate new lands, quests, and creatures, until Jake begins having second thoughts. His girlfriend Haylee is showing signs of extreme addiction. She’s reluctant to sleep, doesn’t show up for work, and is beginning to show signs of memory loss. Her doctor promises its Game Transfer Phenomena, a new psychological disorder that has only just begun to be explored, but it’s more complicated than that. Haylee’s personality is changing; she’s saying words that Jake can’t begin to understand. All because she’s getting close to finding the Magical Land of Galloway.

When I first started reading Planet Alt-Sete-Nine by BJ Neblett, I was sure I had this book’s plot pegged at the start—Jake is struggling with Haylee’s insanity. But then holes began to appear in the plot. Mentions of a magical land, a land called Galloway, and I was forced to keep reading because there’s hints at gaps that I’m missing. And, although I have mixed feelings about Jake, wondering what type of person he is to allow this video game to proceed closer and closer to release knowing the kind of effect it had on their single play-tester Haylee, I can tell you right now, there’s more at stake than just Haylee’s sanity. And, if you stick it out, you won’t begin to see the end of its complexity. 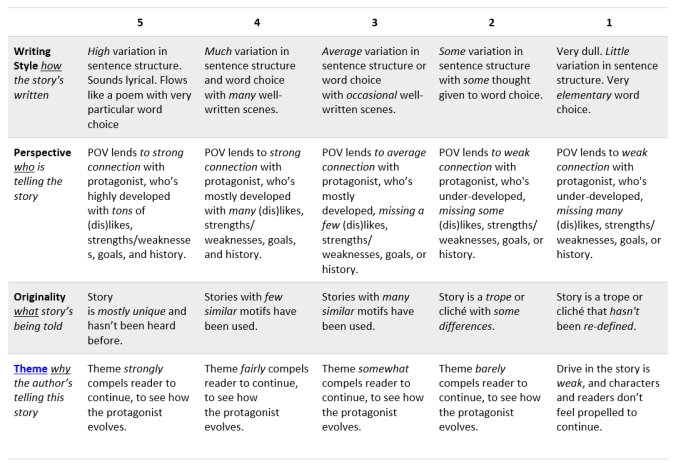 This book is very action-oriented, pulling you from one scene to the next, constantly propelled with the motion, and even though I didn’t choose one of those scenes to show below, I wanted to highlight another strength below. Action, reaction and reflection.

On the back side of the end leaf was a hand-drawn map. It was obviously not originally part of the book, having been sketched in at a later date. Above it, in a calligrapher’s script no longer in use was the inscription: The Magical Kingdom of Galloway.

Caliey’s heart pounded. Although crudely drawn and badly faded, the map clearly depicted an island situated in the middle of a large sea. A barely perceptible line led across a flat plane and through a dense forest. It terminated at a hidden beach surround by mountains.

Examining her find, Cailey could hear servants beginning to stir and rush about the palace. It wouldn’t be long before the first call for last meal was sounded. (174)

Even if you can’t see it in this scene, this book was filled with maximum action, which left little room for reaction and reflection. Because of the lack of reaction and reflection, it created a gap in relations between the reader and character. But this weakness was combated by the Neblett’s strength in imagery, showing an overwhelming amount of details in every scene and paragraphs, creating such a dense image, it wasn’t hard to picture the book in the mind. Details in imagery are shown in italics above.

How well do we know our narrators? Let’s pick one to examine—Haylee.

Now Haylee is pretty important to the story since the plot revolves around her, but I feel like I never really got to know her, maybe because she went crazy before I could fully attach to the character. To me, it feels like there were three types of Haylee’s in this story: a pre-game version, a during-game, and post-game. But I never really felt for any of them, maybe because I never really knew the pre-game version. Maybe because I never got to see into her thoughts, except from Jake’s eyes which probably only helped distant her from me. But, let me show you what I mean.

“Like I said, Haylee has always been a bit obsessive about her playing. It’s almost as if she believes she is an actual part of the game, one of the characters. But she always works through it, eventually moving on to another game.” (37)

Okay, the big thing to take away from here is that Haylee likes video games. But notice, we’re referencing her in the third perspective because this is Jake talking about her.

Concern turned to worry as he patiently listened to the angry school principal on the other end of his phone. “Of course, sir…yes, she’s sick, I think it may be a virus or something. As a matter of fact, I’m taking Haylee to the doctor this evening. Yes, probably at least the rest of the week.” (25)

Now, I know this excerpt shows Haylee during-game, but I wanted to focus on the hints at Haylee’s pre-game life. I want to highlight the fact that Haylee’s boss is revealed: a school principal. This means she works at some kind of school, but we have no idea whether that’s high school, middle school, or elementary. Out of everything I know about her, this is basically it. Jake talks about her being an orphan, and how they met at Purdue, but there are extreme limits to what I know about Haylee’s past. We don’t even know what she likes or dislikes beyond that of gaming.

Well, I was finally able to get Haylee calmed down and we talked. She understood, she knew me, and that we were boyfriend and girlfriend. But she recalled very little about how we met. And she remembered nothing about her life before college. Her memory was fuzzy about her teaching as well. The more we talked, the more anxious and frightened she became. I left for a moment to get her some water. When I returned, she was back playing the game. It seemed to calm her, so I didn’t interfere. The next day I received a call at work from Haylee’s principal. That was when I learned she hadn’t been at school for two days. It’s when I decided to contact your office. When I returned home, I found Haylee still playing. Except for recognizing me and knowing details about the game, she had lost all of her memory. (40)

I really struggle with this. Not because it shows Haylee as the crazy person she’s turned out to be, because we see this throughout almost the entire book. What bothers me about this excerpt is the fact that we see Jake and Haylee’s relationship doomed from the start. A lot of book, especially YA, are prized for these love triangles they create, but in this book, there’s no one on Team Haylee even before Jake’s high school best-friend and work-partner Barbara gets introduced. I was team Barb before Haylee’s relationship even ended.

Jake glanced at the TV. On the screen, three orange suns shined down from a crystal blue-green sky. Poised at the center of a lush, green and gold forest Jake didn’t recognize, stood a beautiful stately castle. Below were the words: Castle Venatus located in the land of Galloway, home to Princess Haylee, beloved royal ruler of Alt-Sete-Nine. / “Home,” Jake said with a sad, determined smile. “Haylee’s gone home.” (233)

Well, I’m glad she had her happy ending. Sleeping beauty has woken, and the kingdom is saved. But, I’m sorry to say that’s all I know about you princess.

Because I know so little about the main character, the character this whole story is about, I’m going to have to give this rating a 1. I know some superficial details are revealed throughout the story. But, because I never really got a chance to get to know her outside of this crazy-person persona, I never really connected with her. All I know of her is that she’s the 1-dimensional sleeping beauty looking to wake in the magical land of Galloway.

“…Now that your soul is mortal, you no longer will be pushed with purpose, unconsciously driven toward your destiny. If you do nothing, you will continue to live. But if you place the medallion around the princess’ neck and awaken her, then there are no guarantees. The decision is yours alone to make. You are the only one who can awaken the princess and the only one who can restore the Land of Galloway.” (228)

Okay. Does that remind anyone else of Sleeping Beauty? I’m getting a strong sense of deja vu here. What’s disappointing here is I took French for four years and I still can’t spell that word. God I suck at French.

Even though this plot point has been used over and over again, with its combination of  motifs like video games, AI, amnesia, and discovery of self, I think this has created a highly original novel. The video game and AI motifs are quite popular right now, but I don’t believe I’ve seen a cross-over with them and the Sleeping Beauty story, which makes for a highly entertaining plot. Because of its originality, I’ll have to give it a 4. But as always, let me know if you’ve heard of something like this before. I’d like to know.

This book was easy to peg from the start for its theme: Discovery of self. It quite literally spelled it out within one of the scenes with Jake, Haylee, and her doctor.

Perhaps Haylee is somehow searching for herself; searching for the identity she never possessed as an orphan not knowing her parents or her own personal history. (41)

Haylee travels through the book looking for some explanation of her past, and this discovery of self is what propelled the book. Because the details are so thin and sparse,  your curiosity drives you forward faster and faster until you make it to the end. Looking below, you can see some of the propelling quotes.

“Unfortunately, I really don’t know very much about Haylee’s past.” (33)

He shook his head and then shrugged, indicating his confusion. Jake knew that there was no Magical Land of Galloway programmed into Planet Alt-Sete-Nine. (87)

There’s not much given away here besides that Haylee is looking for a who and then a what. And, it’s not clear of what that is until we read of Cailey’s mission. In the end, I would’ve preferred to see more from Haylee’s perspective, especially since this book revolves around her. But, it still provides an adequate driving force.